We did an experiment with felting a back to a recently shaved fleece. The wool came from a Ouessant sheep. Below is a photo series on how we created a sheepskin without having to kill a sheep. 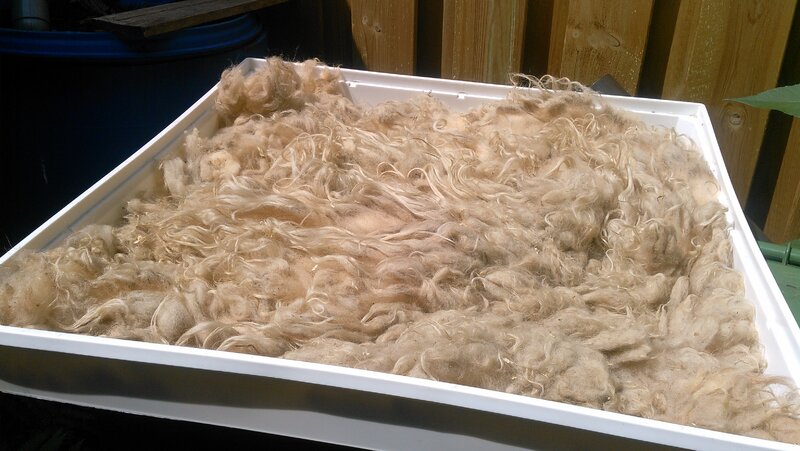 The fleece we started with; fully detached from the sheep.

We mostly followed the instructions layed out in this video: Leicester Longwool Sheep - Having a go at making a fleece rug by wet felting. Nicely explained and I can confirm the process works as described.

I saw this video Mongolian Felt Making for yurt (Ger) a while ago. It is essentially the same process, only on a larger scale. As an aside, I also found it interesting to see the whole process of constructing a yurt: Making a Yurt in Kyrgyzstan. The felting of the mats is shown from timestamp 12:35 and in this video is more mechanized than in the first video. 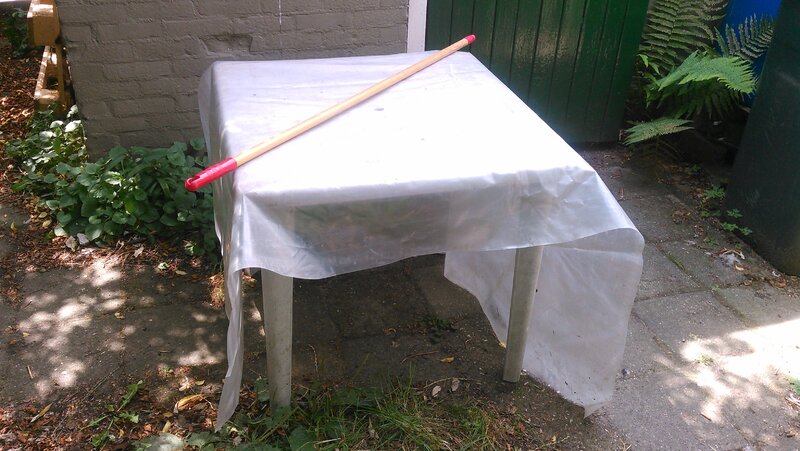 Table with plastic sheet and broomstick. 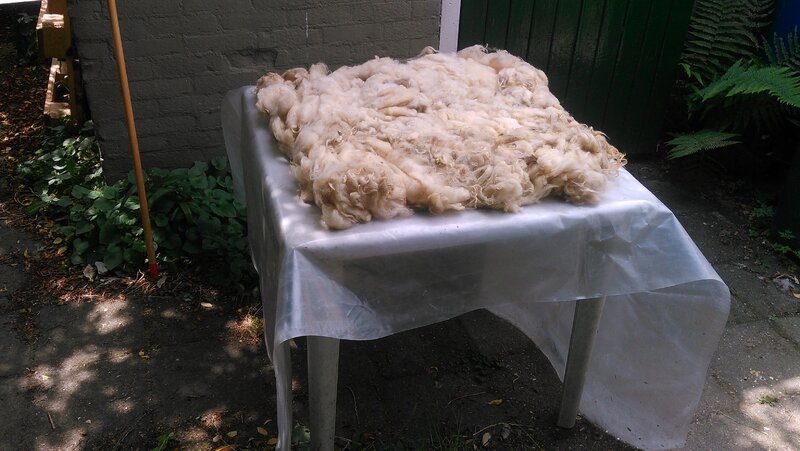 Putting the fleece upside down on the platic sheet on the table. 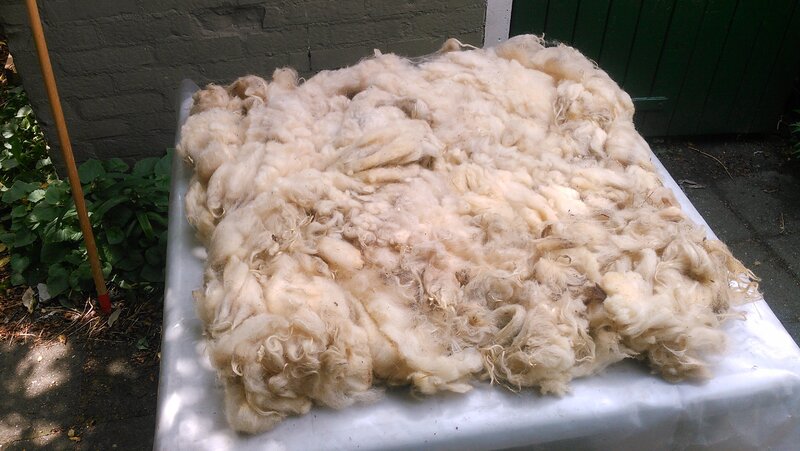 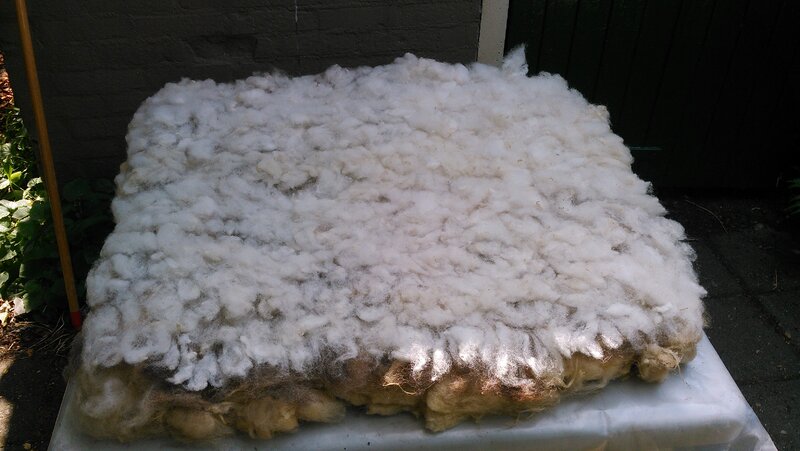 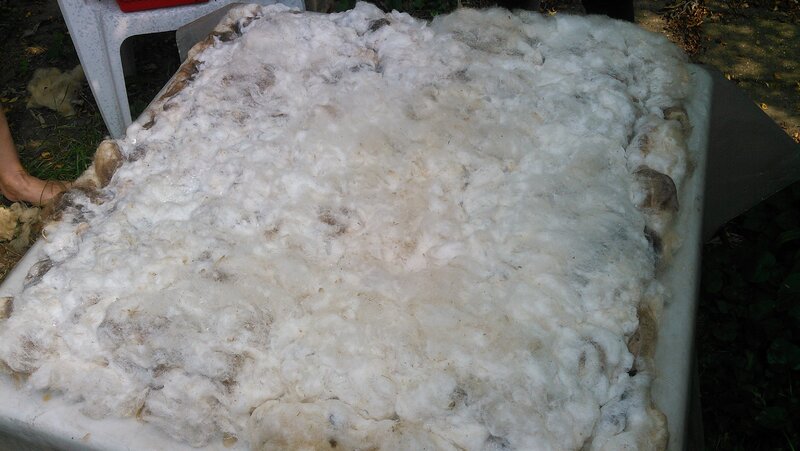 The part not show is that we then put a net curtain over the top and started padding down the wool.

At some point, I believe after about 15-20 minutes, the wool started coming through the curtain. We then rolled the fleece with the plastic on the broomstick and tied the roll with string to keep it in place. After another 20 minutes of vigourously rolling, we untied the whole thing. 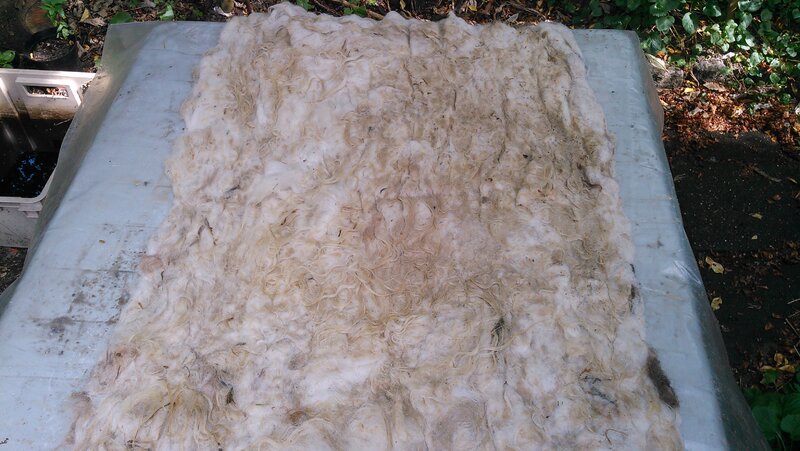 Front side after felting. First by hand, then by rolling in plastic. 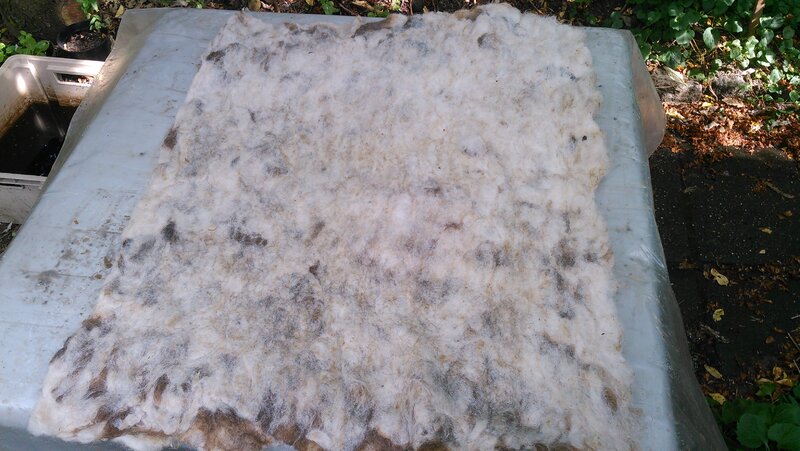 Back side after felting.

We rinsed the sheepskin in cold water and then let it dry on a rack. 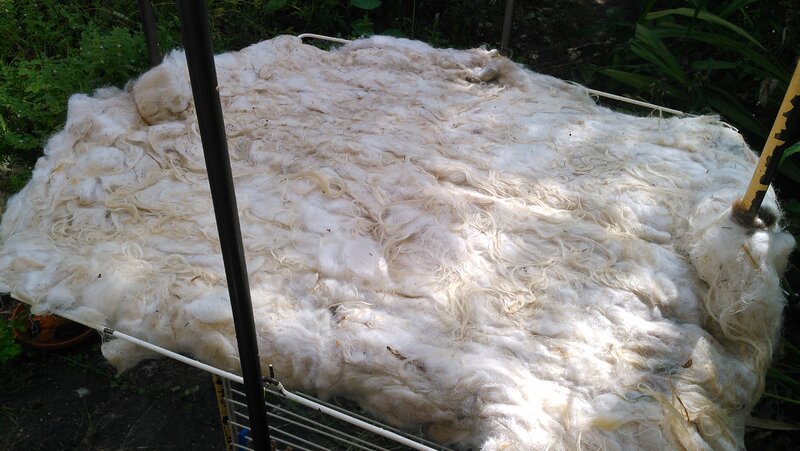 Drying on a rack. 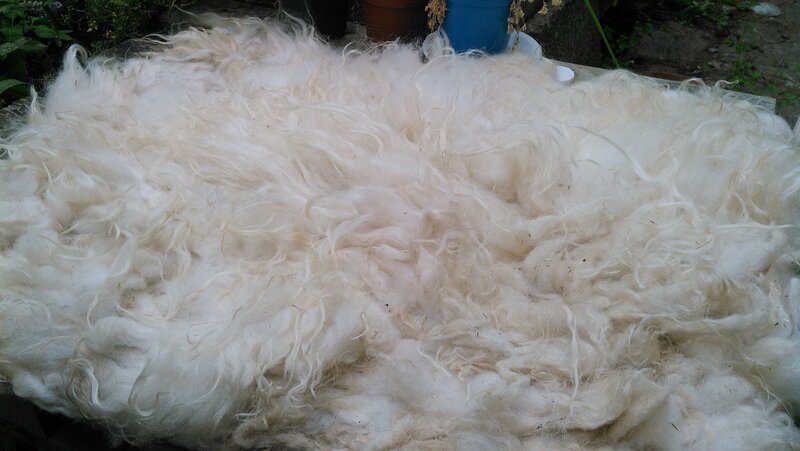 Front side after drying and fluffing up. 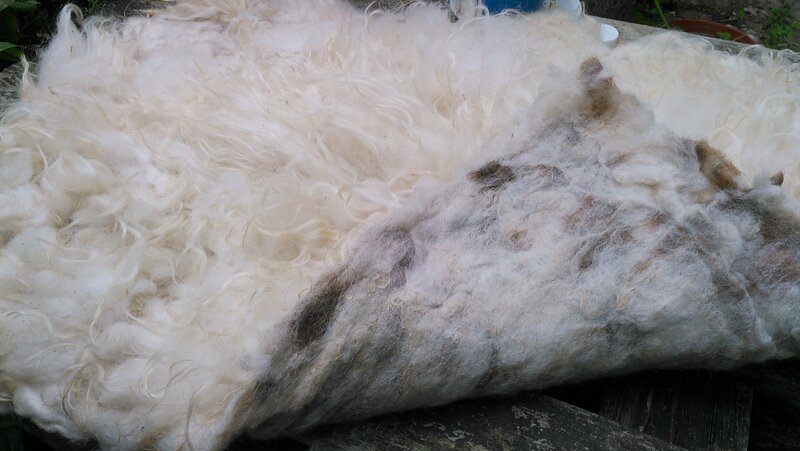 Showing part of the felted back.