On Saturday 2019-03-16 I followed a course in hedgelaying. Heg&Landschap organized it in a village close by. Lex Roeleveld was the instructor.

[...] The aim is to reduce the thickness of the upright stems of the hedgerow trees by cutting away the wood on one side of the stem and in line with the course of the hedge. This being done, each remaining stem is laid down towards the horizontal, along the length of the hedge.

A stem which has been (or is to be) laid down in this manner is known as a pleacher or pleach. A section of bark and some sapwood must be left connecting a pleacher to its roots to keep the pleacher alive [...]. The angle at which the pleacher is laid is a factor in the build of a hedge. Hedges are built to a height to suit their intended purpose. The height and condition of the trimmed stool, known locally by names such as a stobbin, is vital as this is where the strongest new growth will come from. In time the pleachers will die, but by then a new stem should have grown, from the stool, from ground level. This takes from eight to fifteen years, after which, if the hedge has not been trimmed, the hedgelaying process can be repeated. Hedges can be trimmed for many years after laying before allowing the top to grow to a sufficient height to lay again.

Smaller shoots branching off the pleachers and upright stems too small to be used as pleachers are known as brash or brush. In most styles of laying, the brash is partly removed and partly woven between the pleachers to add cohesiveness to the finished hedge.

At regular intervals upright stakes are placed along the line of the hedge. These stakes give the finished hedge its final strength. Additional strength and a fancy effect is achieved by binding the uprights with hazel whips woven around the tops of the stakes, and cutting off the tops of all the stakes at the same height and at the same angle. The woven whips are known as binders or heatherings; they can be of any green wood such as birch, ash, or willow which will hold the stakes and tops of the pleachers down securely. The stakes and binders used in hedgelaying when properly used provide strength and stability to the hedge. [...]

Traditionally the hedgelayer's tool was a billhook, supplemented with an axe. Nowadays professional hedgelayers often use a chainsaw on larger pleachers. 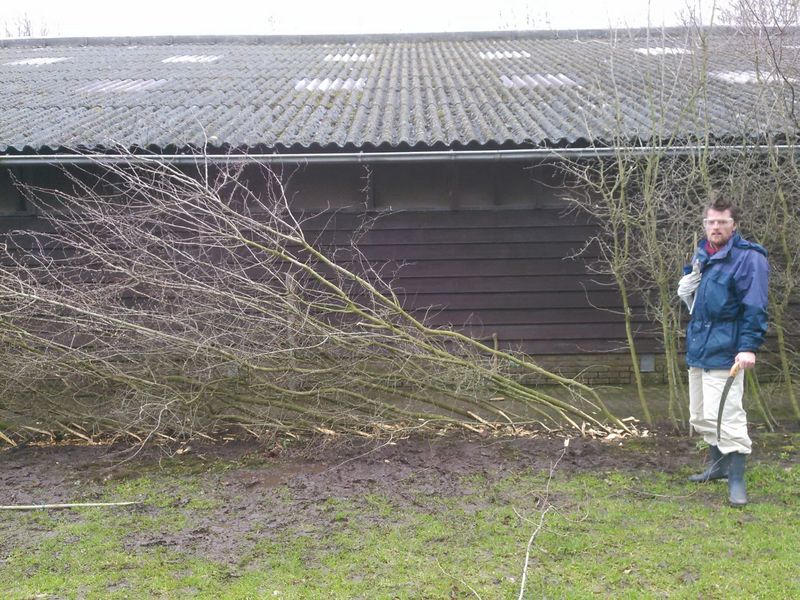 Posing in between laying hedge. The left part has been laid. The right part still needs doing. 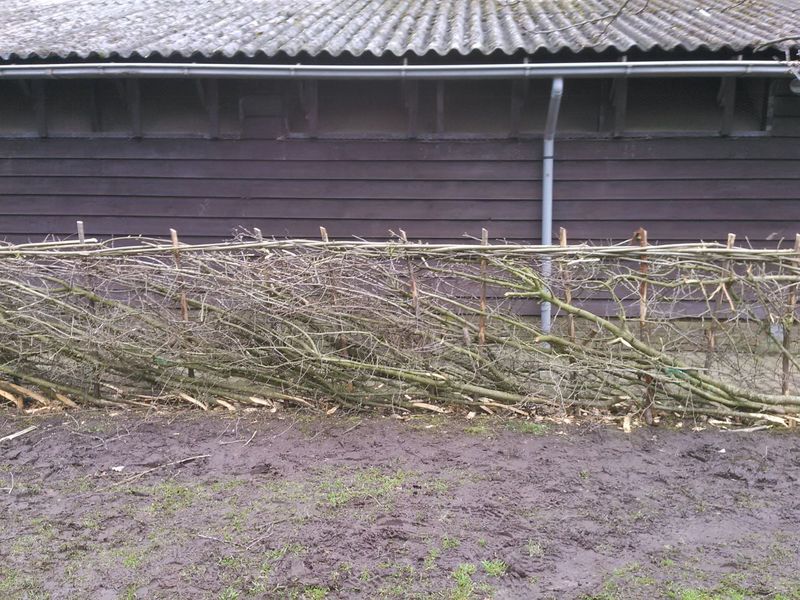 This is the finished result from a whole day of learning and working.

Below are a number of photo's showing the stems of the hedge as well as some action photo's. 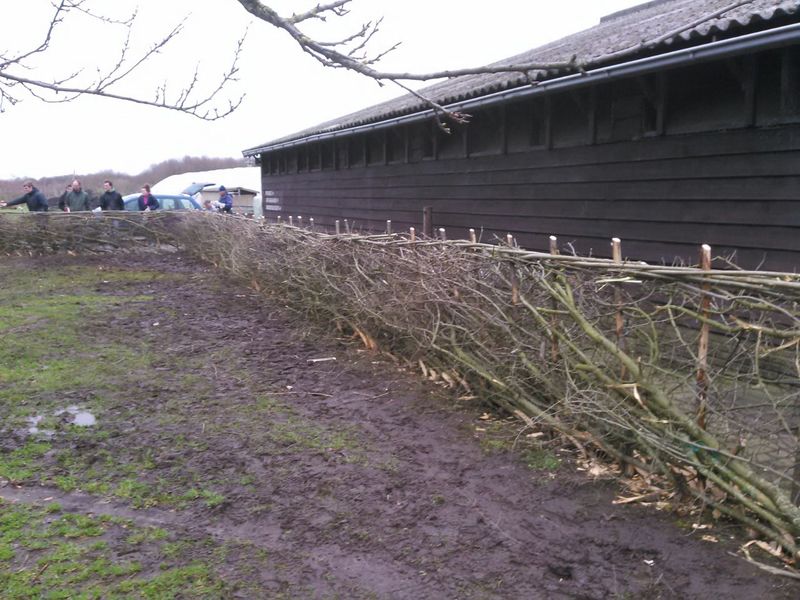 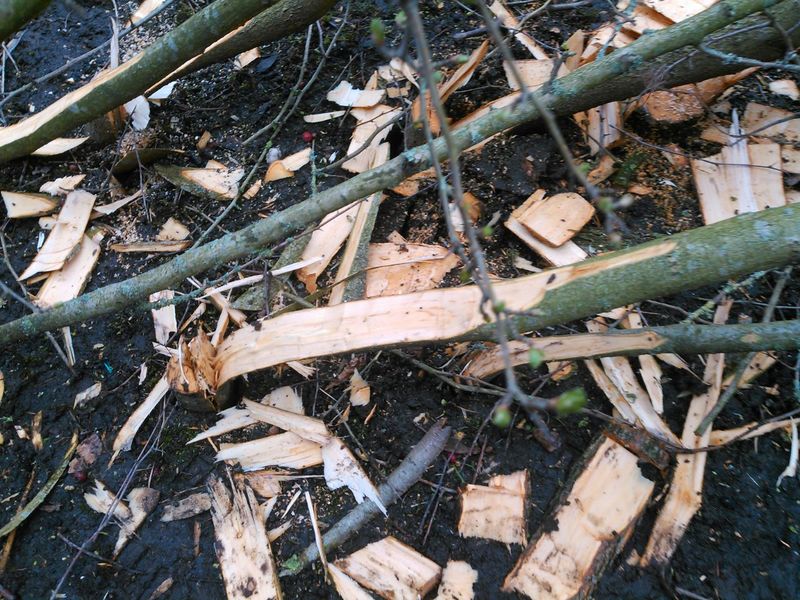 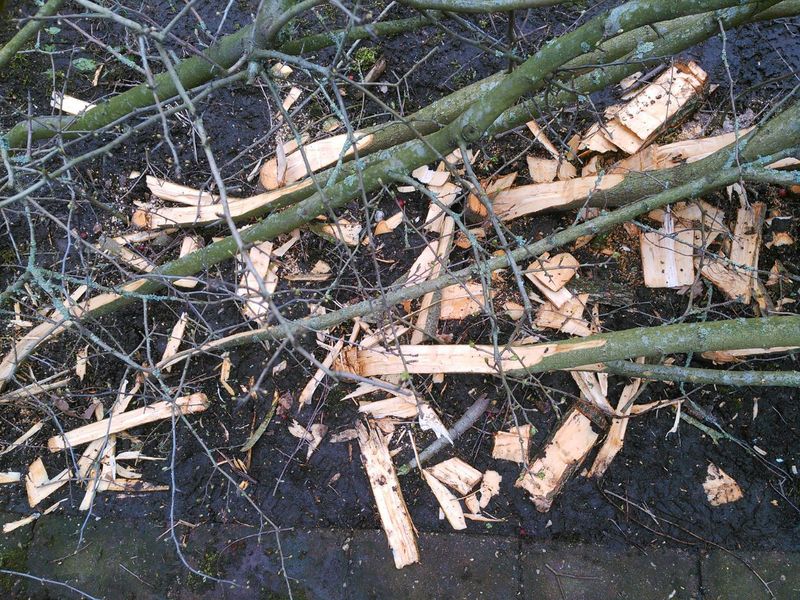 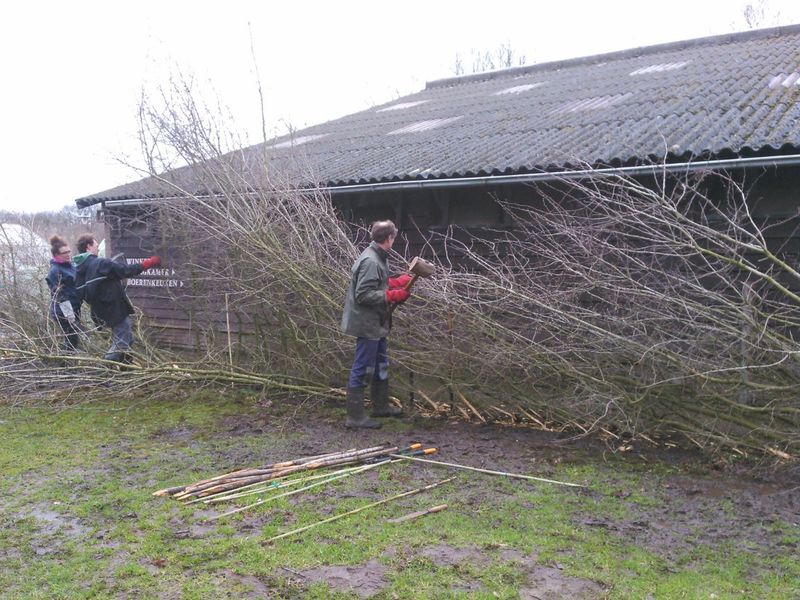 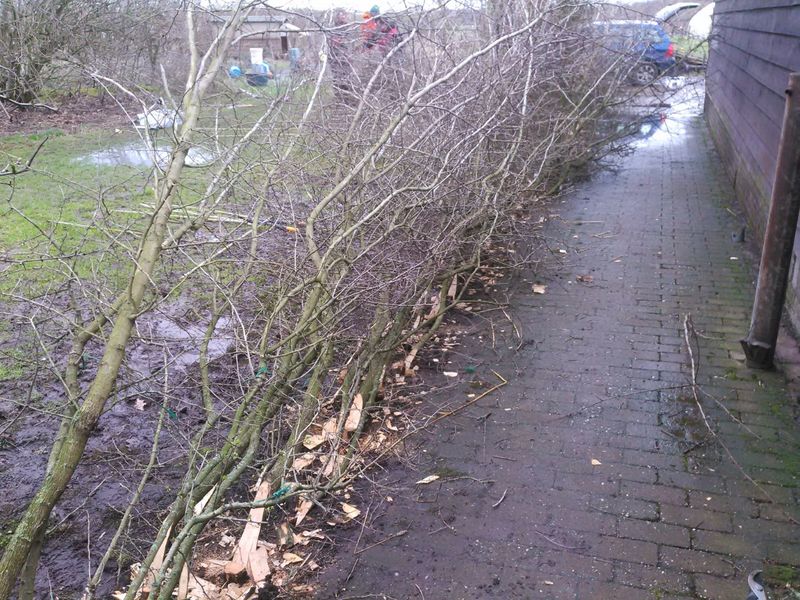 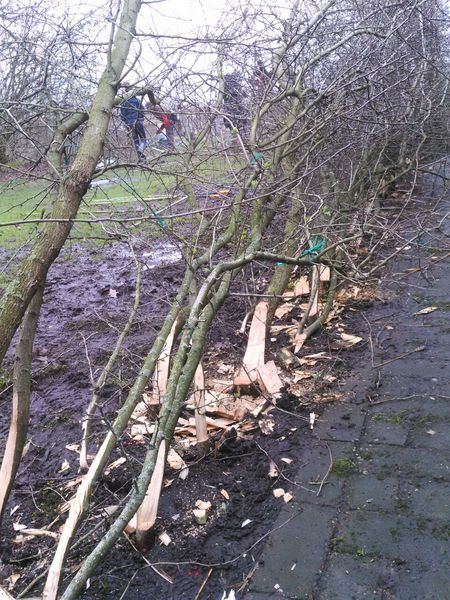