This is a design for the water catchment in Arno's backyard. 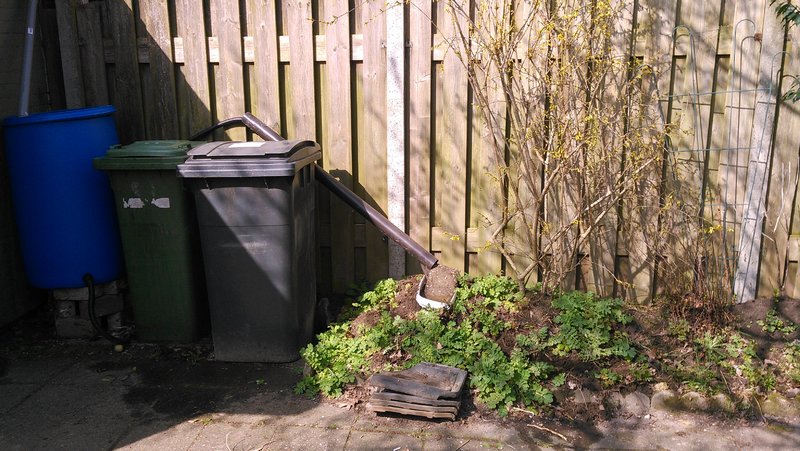 Water comes from the downspout via the grey pipe on the left. Water is stored in the blue barrel. Water overflows via the black tube and then down the brown pipe. The bucket makes for a small bird pool.

I used CEAP in designing this.

Downspout from house goes into sewer.

Location by the house is at a premium because of solar insolation.

Location by the shed is less suitable for growing plants due to north side of shed, mostly shaded area.

The barrel I bought had no detachable lid. I sawed off the top of the barrel and placed it upside down back on the barrel. In the side of the barrel, almost at the bottom I drilled a 2,5cm hole. I attached the hose connector to the barrel.

I created a base from bricks. I placed the barrel on top. I attached the hose to the hose connector at the bottom. I suspended the end of the hose. I added a pipe between the downspout of the shed and one of the holes in the top of the barrel. 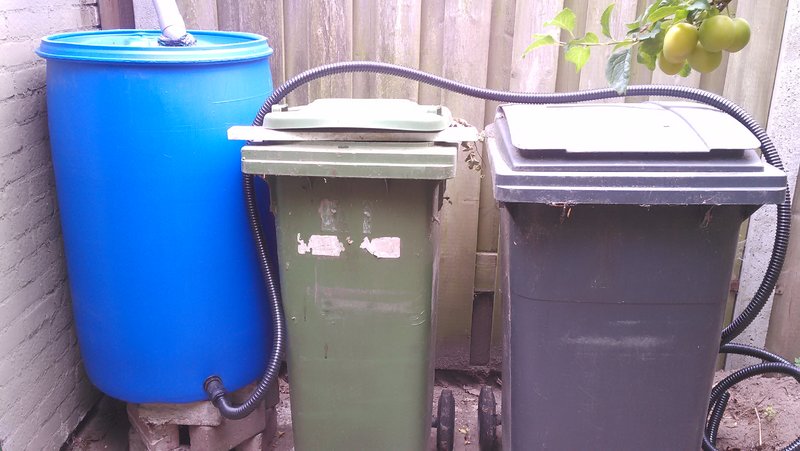 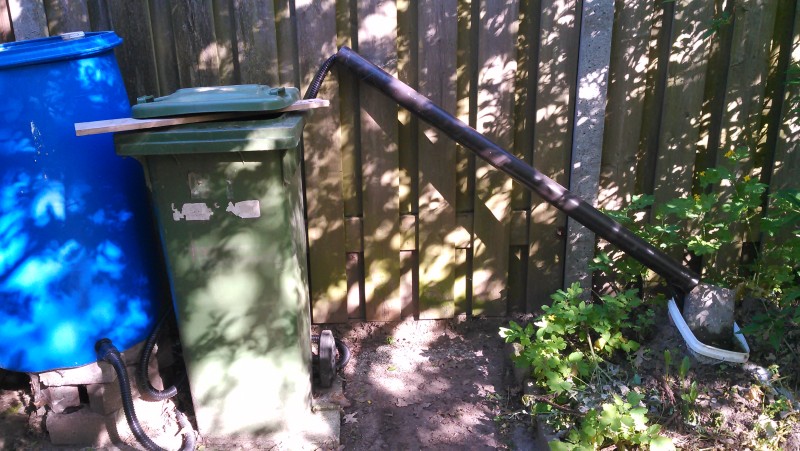 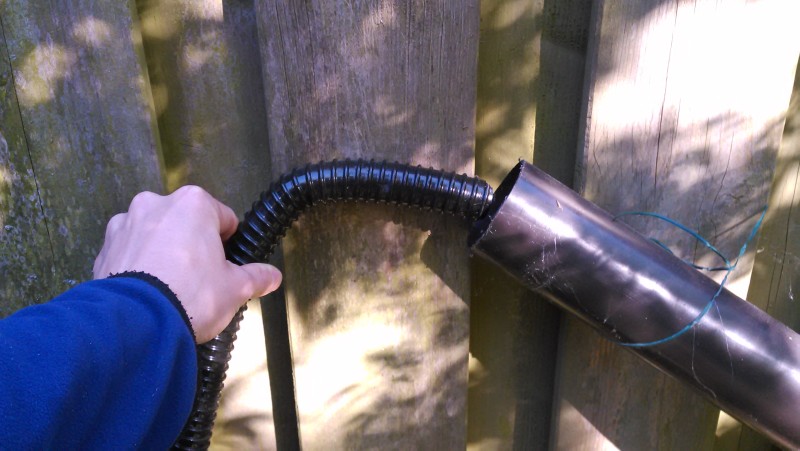 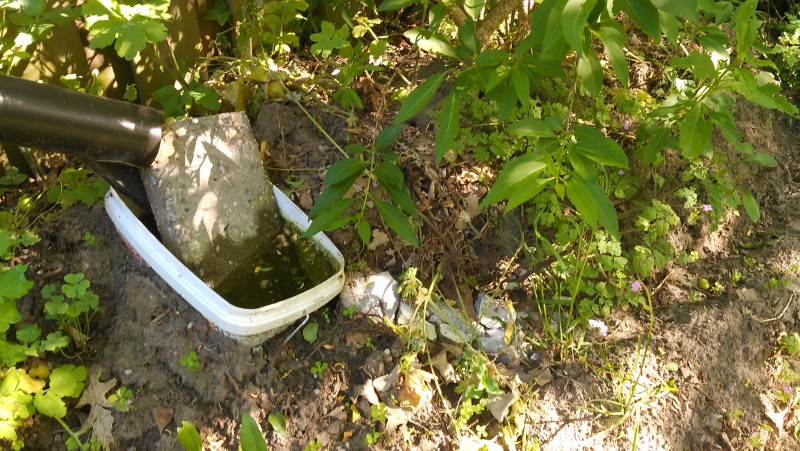 So far no maintenance has been necessary.

The water catchment works well. The barrel will fill almost to the rim before the system overflows. Getting the water out of the barrel is very easy using the overflow hose. It takes a bit of practice to minimize spilling when stopping the flow of water.