I recently visited the abby of Val Dieu in Aubel, Belgium. The abby was founded in by Cistercian monks in the beginning of the 13th century. The Cistercian order followed the Rule of Saint Benedict as guidelines for their order. The motto Ora et Labora is associated with these guidelines.

The phrase pray and work (or 'pray and labor'; Latin: ora et labora) refers to the Catholic monastic practice of working and praying, generally associated with its use in the Rule of Saint Benedict.

Benedict viewed prayer and work as partners, and believed in combining contemplation with action. The phrase expresses the need to balance prayer and work in monastic settings and has been used in many religious communities from the Middle Ages onwards.

I learned about this motto during our tour of the abby. I thought about it the following morning as I was laying in bed. I wondered what a contemporary take on this motto would look like. I realized that meditation is the modern name for praying. As we meditate, we transform our inner world. By contrast, work is something we do to transform our outer world.

Today's version of Ora et Labora would be: Transform both your inner world and your outer world. 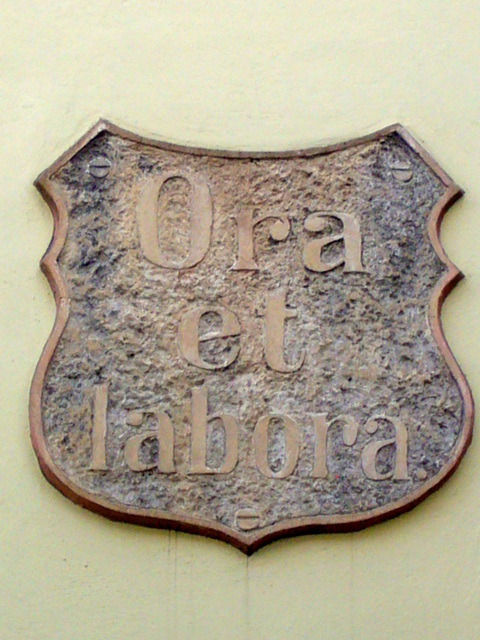