Contemplate on the notion that our global economy is alive and can be likened to an animal. 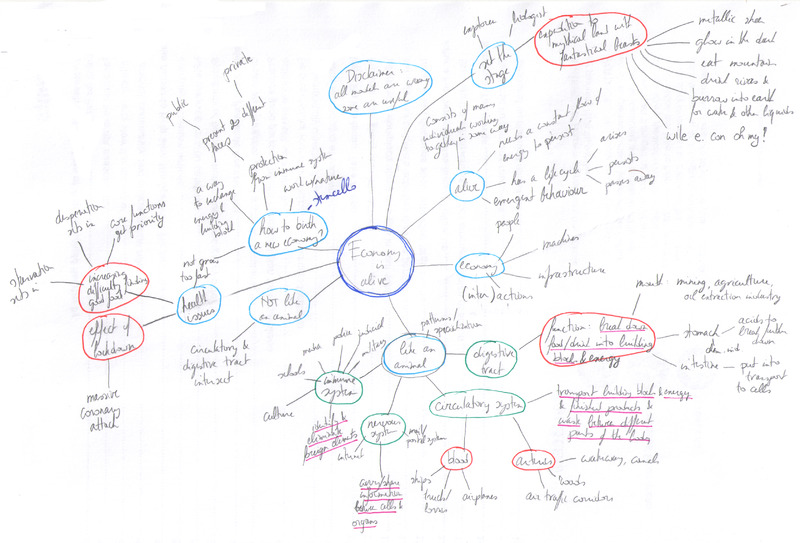